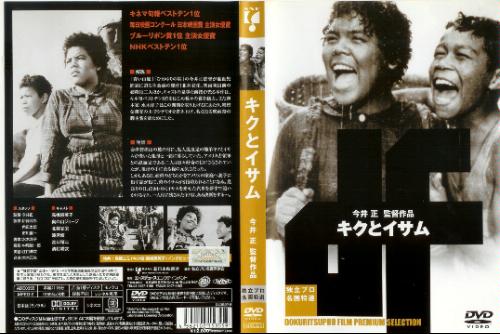 This is one of my mother and I’s favorite movies.  It is entitled Kiku and Isamu (キクとイサム), which

has received historical significance, at least in Japan, is about two children, a brother and older sister, who are mixed-Black Japanese living in postwar 1950s Japan in the countryside with their grandmother.  Their mother was a prostitute for American soldiers, which adds to the scorn heaped upon them.  The story, however, is about survival, strength, and the joy of life.  The movie was made in 1959, during the most intense period of social upheaval after the war. This movie is one of my mother and I’s favorites.

Tagged as: Kiku to Isamu