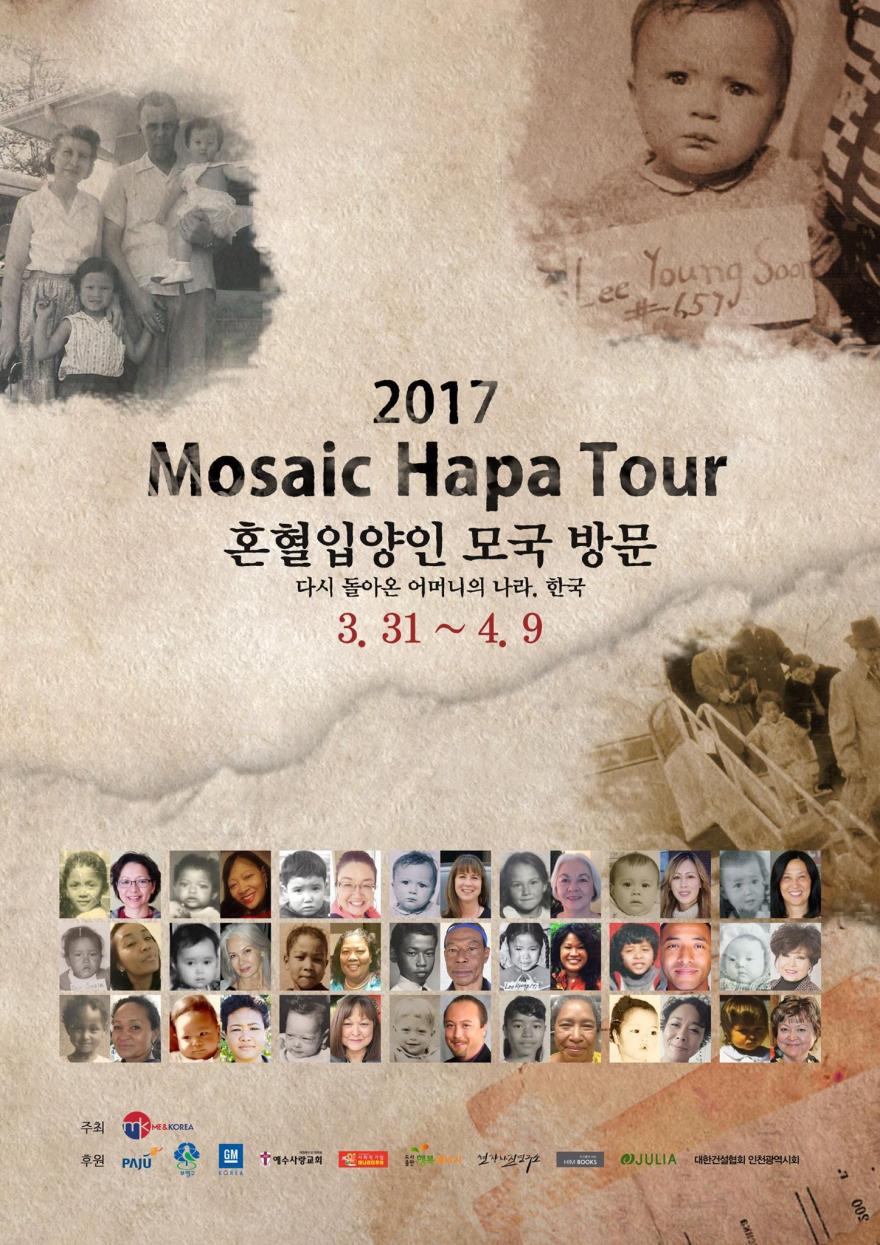 Mixed-race Korean adoptees, which has become a major industry in Korea, has adopted out to other nations, including most to the United States, since the end of the Korean War (1953). Because of this, many families were separated, and many memories of adopted children—now adults, and adoptive parents, and birth mothers and families, have lived with the realities of their conditions, wanted or not.

The Mosaic Tours have offered healing for many of these people, to in the very least, visit the countries of their birth, many of whom do not remember Korea, since they left so young. Perhaps a fragrance, or a color, or a sensual memory lingers. And then for those adopted out at a later age, which gave chance for memory to endure, the chance to revisit and heal is a tremendous act in the our times of rapid societal and ecological change, and cultural memory being lost to dominant forces and the realities of war, occupation, and violence.  These tours offer great spaces of mixed emotions, joy and inspiration and perhaps sadness. In healing trauma, these moments are held precious.

The Mosaic Tours for this year, are about to embark. If you, or someone you know, is interested, please contact them (refer to the poster from a previous blogpost I published, which I repost below). 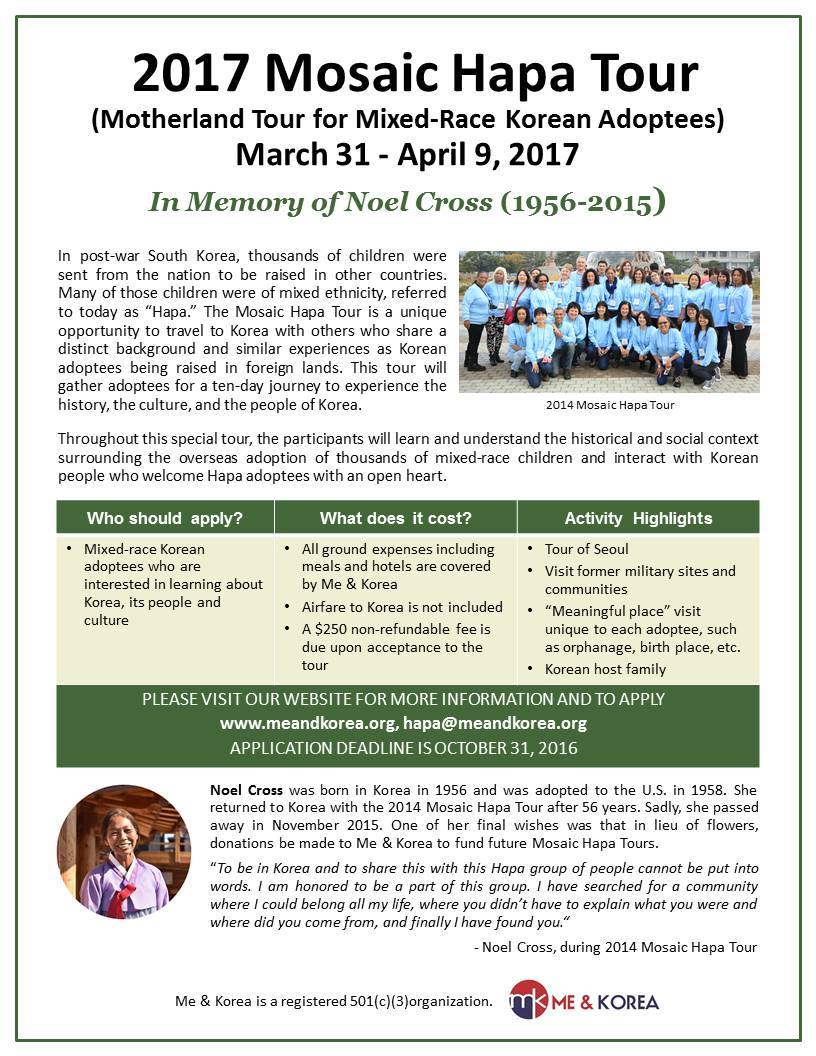