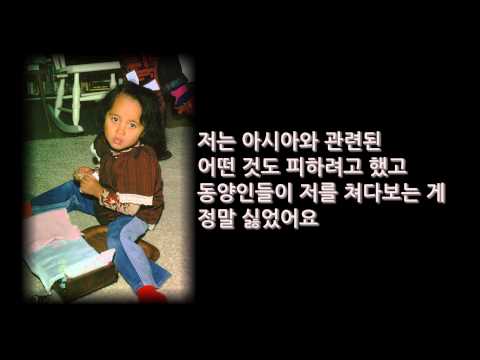 In the Fall of 2014, a group of Mixed-Korean Amerasians, mostly adoptees from Mixed-race orphanages in Korea, went on a small tour organized by the tour group Me & Korea, back to Korea, to the orphanages, and to meet Insooni 김인순 — Black-Korean pop-star/diva, who was partially responsible for this event.

Korea has the dubious distinction of being the nation with the most adoptions out of their own country, with most of the babies and children being of mixed-race background. In postwar Korea until the 1980s, mixed-Americans were the majority of the make-up of these orphanages in Korea. But this began to slowly change to include more inter-Asian mixed children today.

There are many good books on Korean trans-racial adoption that one can read about. The curious thing is that the Philippines, Okinawa, China, Japan, Vietnam, Cambodia, and Thailand, have also had very very similar histories with mixed-race (primarily American) babies, and the industry of transnational and transracial adoption. The adoption industry would also include illegal human trafficking–of both children and women–for labor, as factory workers and/or sex-workers. These are primarily done in secret.

The majority of the adoptions, however, have been through legitimate means, with some of the children raised in American homes with the specter of racial difference and the Occupation of Korea by the United States, looming through their lives, effecting them in different ways. Other children lived through abuse and ostracization in varying intensities, especially the Black-mixed children.  Some, of course, hardly remember their Korean background and have been raised to pass as another dominant racial group.

In the video, one is introduced to some of those who experienced the 2014 Korean Hapa Tour, including different experiences and thoughts of happiness and forgiveness. The tours–organized almost annually  by Me & Korea, are called Mosaic Tours. In this year’s tour, Insooni and how, with her tireless efforts, heals the wounds of the loss of culture, homeland, and the terror of abuse, ostracization, and knowledge of abandonment and separation, through her presence and encouraging words.

There are two videos—one to introduce this topic and event. The second is a quick overview of the time with Insooni and her discussion with the group.

My personal wish is that this can happen with the entire Pacific Rim Amerasians who have experienced both adoption, as well as those who have moved with families out of their Asian and/or Pacific homeland, and those who escaped or are in search of their families, and others who are isolated without knowing how to feel about these contradictory and often lonely feelings of being different and displaced. There are tremendous parallels between all of the Amerasians brought from Asia, no matter how.

Eventually, this would include all of the children and their mothers, primarily, who have been abandoned by American soldiers (and perhaps others) in the world, wherever military bases lie and the soldiers play, rape, fall in love, have one-night fun, who are lonely, dominant, entitled, protected. In social justice today, I think the Black German groups have done the best in organizing and making this issue known.

I am a Black-Amerasian from Japan, born in postwar Japan, almost all but forgotten in the history books, as something from the past. The word ‘Amerasian’ has been revived by the Filipino Amerasians, and made popular by the Amerasians of Vietnam–after the Vietnam War. People must not forget those of us from Japan, like myself, and others, who continue to be invisible in dominant discourse on the Pacific and social justice.

There will be a conference at UC Berkeley on September 26th, on Korean Camptowns (towns that develop around US military bases), and the effects (women and biracial children, the adoption industry, racism, sex-work, the reliance of Korean economies on the above, etc.).

It is now a question of care, of organization, of resources, of determination.