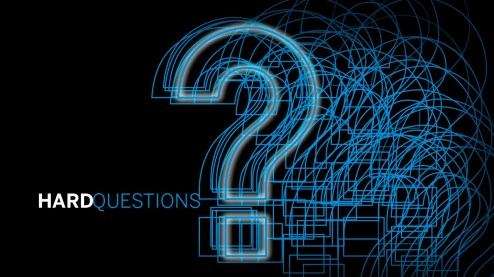 1.  When a Black man marries a white woman.  And when the Black man is 40 years old and the white woman is 28 years old, how are conflicts and power negotiated?

For instance:  Ageism, Adultism, the meeting of White racial self-definitions on a “good human being” meeting the African-American one.  Let’s say the African-American man was born in a poor inner city environment in Illinois.  Then we have class issues.  Then there is Male supremacy and patriarchy and sexism.

When these two married people have argument, is it merely about one person and another person, both being equal? How does race, nation, gender and class become mediated?  How?

2. Between a white man, whose heritage is Irish and Scottish, with strong family roots, is dating a white woman of the same peer group in age, and is from a British background, although American, have conflicts of difference, what ensues?

3. When a white man who left his family at 19, from a poor background in South Carolina, goes to China and meets an upper class Han woman from an elite family and falls in love, and then they marry, what happens when there are differences of opinion in values and how their children should be raised? What issues come up?

4.  An African-American man of the US military has sexual relations with a Korean woman in Seoul while he is stationed on a military base there, then leaves her in Korea while she is pregnant with their child, never to return.  She sells her baby to an adoption agency after she gives birth to that baby in an alley near her home.  That child is adopted by a kind African-American family in New York and that child is raised with love and acceptance there.  When she, the child-now-adult, is twenty-five years old, she realizes that although she is part Korean in heritage, she has no relationship to it.  Should this be a concern of the parents?  What questions arise? Should she have never been adopted and left in that orphanage–perhaps to be mistreated there, or be adopted and enter this quandry? What other questions arise?

5.  A little girl is adopted from an agency in Manilla.  She is an offspring of a relationship between a Negrito-Filipina and a White U.S. American soldier. The American left the Philippines, leaving the woman to take care of the baby.  She fell ill and could no longer take care of the child and she had a friend take the infant girl to the orphanage.  After two years, a White-American family fell in love with her and adopted her.  The white-American adoptive mother had always dreamed of adopting an Asian child.  She loved the almond eyes of Asians and felt that any Asian child would be better than an American baby.  The father had studied in Thailand as a youth and loved Asian culture.

When the little adopted girl began attending school, she faced some prejudices because of her darker skin.  Her parents worked hard to raise her as a “proud American,” as a “human being first and foremost” and race was never “important” to the parents.  The girl never asked her parents about her heritage but she knew she needed to find her birth parents.  When the girl finally asked her parents to help her find her birth parents, the parents said they’d help, but that she was an American girl and that race “doesn’t matter” and that she shouldn’t let the other kids bother her.

There are those with immediate answers and opinions.

Some answers erase realities according to the priorities of that reader.

Aspects of historical trauma dot these histories of people.  Often in the US, especially, history is ignored and is made psychological.  Is it ever enough to view relationships purely psychologically or morally?  Morals usually means Christian or Confucian.  What histories and values have been erased? And just because it existed in the past does not make it good or right either.  What should be prioritized here in each context?

In relation to democratization and social justice and changing societies for the future, how will you reflect on your assumptions, knowledge, concerns, perspectives, political insertions and assertions?

These questions are meant to be an exercise for readers and myself.  No simple answers here.  But question yourself.