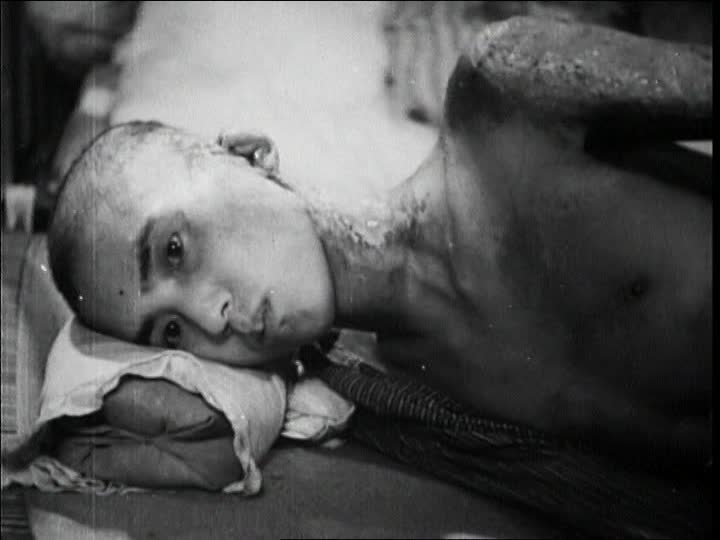 So in 2005, Ryuichi Sakamoto, famous composer-musician from Japan, translated the song, remembered widely by many Japanese as the powerful song sung by Roots singer Chitose Hajime, accompanied by Ryuichi Sakamoto, on Japanese national television in August 2005 on the grounds of the Peace Dome in Hiroshima, observing the 60th anniversary of the dropping of the Atomic Bomb on Hiroshima by the US.

The translation is of a song by Bruce Springstein entitled: I Come and Stand at Every Door, which is a short version of a poem–Kız Çocuğu, written by the famous Turkish poet–Nazim Hikmet.

For most people reading this now, it is a story, a moment of horrific history, or perhaps a “deserved” punishment for the “evil Oriental” Japanese, the evil imperialist Japanese who had to be stopped and to prove America’s goodness and victory. All lies, of course, concocted, as are most stories of moral right and goodness in our world today. We find, when we do research and reflect on the repetitious patterns of time and humanity, that the discourse of war has precedents and causes and conditions that are complex, and almost always pointing toward the fiction of the writers from the victorious side, no matter where. Nation-building itself–has been always about that. Unification requires the lie of a unification, a united. That ‘unifying’ emotion and binding, had to be constructed. For humanity, it has been largely done through violence.

For me, I am intimately connected in many different ways, trajectories, and moral structures, to the atomic bombing. In addition, I do not view the atomic bombing as something that should be more prioritized than what surrounded the atomic bombings of Japan—the firebombings of about 70 cities in Japan for a period of one year, by the US.  Some of the bombings went on after the Atomic bomb was dropped. The ‘mission’ had to be completed. Just what was this ‘mission’ that is not written down on paper, or uttered out loud by Americans?

A few of those bombed places no longer exist–wiped off our present-day maps. Most exist today in new forms, apparently silent in regards to the ashes they were born from. To speak of ‘independence’ and ‘sovereignty’ begs for a lot  of questions about what and who are linked intimately together. In this case– the United States and Japan.

That atomic bomb moment is, thematically at least, connected to the sixteenth century, and Commodore Perry of the US forces, who commanded the bombing of Tokyo Bay to force Japan to trade with the United States and Europe, even as the Japanese government did not want to. We all know who’s boss now.

Of course the ‘boss’ is violent, male, free to travel, to dominate, to manipulate, to concoct, invent.

My mother was born in China, then migrated to Japan as a little girl. She experienced the firebombings of Tokyo and Osaka. One of Mother’s older sisters, died in Hiroshima on that August Day. Although we commemorate Hiroshima and Nagasaki to be remembered, we must remember that more people died in the firebombings of Tokyo, than in the bombing of Hiroshima. Japan, as a nation, was leveled, annihilated. All of the major cities were obliterated in some form.

But then my Uncle on my mother’s side, was a commander in one of the most brutal battles in World War II–in Burma (what is now Myanmar). Atrocities were committed there. My Uncle and I had a few privileged moments of speaking about them before he passed away.  I asked about how he felt about it all. But I was a teenager myself, at the time I asked. But I remember it all.

My father was an Occupation soldier in Japan, while he fought in the Korean War (and later in Vietnam). His views have changed radically over the years, as he began to understand what he represented and how he thought within the system, in that position.

My father was African-American, who had already forgotten his Cherokee ancestors, and now economically desperate, joining the US Air Force to help his mother and himself and brother survive, in the US–the country that largely–till this day, hates the Black presence (except when they can give you artistic forms and colorful language and entertainment—like blackface and the shuck-and-jive in new forms for the mainstream white and Asian audiences who see them as already-that and not much more.

Assimilation is a sort of death. But people forget so much and carry on.

But for some reason, when we think of the atomic bomb or wars, we only see photos of women and children crying and of burnt buildings. The ruins. Ruins that prove our humanity when we feel something. What is that something? Usually that feeling is blunted feeling defined merely as ‘sad’ or ‘regret’ or ‘pride.’ And most times, we’ve forgotten.

It is not just about buildings burning and falling, or the stench of dead bodies, or the ruining of a nation already made poor and starving by their own government. What happens to survival and empowerment–what they look like?  When time has passed, from then till now, what is it that is lost or gained, made real or unreal, made history or not history–for both the perpetrators and the victims of such destruction? For the perpetrators, the entitlement to build more machines and weapons of destruction, from military hardware to guns to video games and visual programs and languages that permeate culture through their distorted moralities, ideas of freedom, and alienation and cruelty–all called ‘nothing to do with goodness.’

For the victims, perhaps an arrogance born of both vengeance-in-the-future, and internalized oppression. Deep and unrecognized as oppression.  What does this look like?

Remembering Hiroshima, Nagasaki, the bombings of 70 cities for ten months, every night, the screaming, the agony, the burning, the stench, the fire, the torture, the knowledge of a nation that one cannot see–that hates them and wants them dead, the acquiescing to those bosses, the construction of maintaining and forgetting, the creation of memory–all lined up in a certain array of configurations that are not so free, yet called ‘freedom.’  This is a problem.

If we can think and reflect on the perversity and deception—the self-violence that we do, as a consequence of drowning in our lack of creativity and our quick access to violence (to self and others and ideas), the the commemoration of such days is successful.

If one only feels sad, paralyzed, deluded, happy (because we dropped those damn bombs and made them suffer because they deserve it), lucky, or wishing that we–entire humanity–would just die, then we are way way off.

I hope in naming these possibilities of thinking that arise from ‘remembering’ or ‘acknowledging’ Hiroshima, that we also think of shifting, changing, growing, not so comfortably perhaps, but to change the way we perceive time and humans and the ways in which we engage with difference and knowledge, then perhaps a first step has been taken towards more ethical world of accountability and honesty, and to not think of some state-of-the-world that is entirely beautiful and peaceful–which is not the goal (and impossible if we are to be true to the reality of diversity).

The Atomic bombings were done because people understood themselves to be moral, or to not understand morality. It is easy to blame. But the World Wars brought more death and destruction to our world than ever before. Whether bombs are atomic, nuclear, or something else, the needing them is perhaps what we must come to grips with right now.

I Come and Stand at Every Door

I come and stand at every door
But no one hears my silent tread
I knock and yet remain unseen
For I am dead, for I am dead

My hair was scorched by swirling flame
My eyes grew dim, my eyes grew blind
Death came and turned my bones to dust
And that was scattered by the wind

I need no fruit, I need no rice
I need no sweet, nor even bread
I ask for nothing for myself
For I am dead, for I am dead

All that I ask is that for peace
You fight today, you fight today
So that the children of this world
May live and grow and laugh and play

Photo of a boy, from the stock footage released by the US government, of Atomic Bomb survivors in Japan 1945.