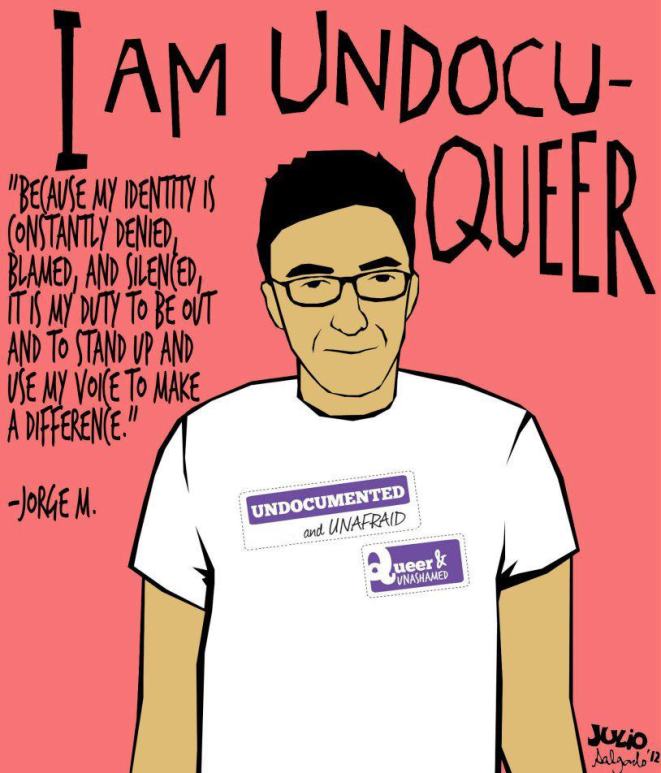 To every person that was called “faggot” or “pervert” or “dyke bitch,” kicked around and beaten up. To every person who was KILLED because of it. For every kid who was thrown out by their parents and became homeless and then got into drugs and prostitution to survive; to every kid who had to leave home because of his relentless parents teasing him and humiliating him and calling him names because he wasn’t “man enough” or she wasn’t woman enough unless she did it with a man or lengthen her hair and wore women’s clothes, for every boy who played with dolls and was punished; to every girl who felt more like the boys she played with but still had to refer to herself as “herself.”  To every child and every teenager and every adult, who has had to fit themselves into a box and felt like they died because of it.

critique all the adults who want to “celebrate” coming out because it “feels better” even though there was a Matthew Shepard, or a Jazz Alford, left to die, and sits alongside of us, on our shoulders with a gentle hand to remind us.

To the hope that people realize:

most of the trans and LGBQ people that are killed nowadays, the world over, are persons of color, and that ignoring it and assuming it’s because of the victims’ sexual orientation and not the very fact of Hetero-privilege from globalized Heterosexism and Racism made global via Christian missionaries, Christian laws, and colonization of the lands of color. And that many of the Asian, African, and Pacific cultures and nations that practice severe anti-LGBTQ culture and pass laws in that vein, causing harm and also secrecy and bribery and blackmail and entitlements to kill, making love, desire, connection, pleasure into evils, just like their white colonial predecessors, can thank Christian cultural dominance to make-up the sciences that would make pleasures into a hierarchy and make it “truth” about someone or a group.

Regardless of color or nation, LGBTQ people, especially youth of many genders, and women, are Trafficked across continents to sexually serve the Men who are married but must have a boy or girl to satisfy, as slave and immediate gratification, controlling them through threats and realities of starvation and poverty, beatings and torture. Who are promised green cards because they want to escape their families or governments who would torture, enslave, humiliate, or jail them for same-sex behaviors or not acting like their so-called biological birth gender.

To then be jailed in the new nation because of that nation’s political stance or homophobia itself, disguised…………… there is WORK TO DO.

To decolonize sexual orientation, as much as would want to decolonize / to scrutinize and get rid of race and racism, class-ism and caste-ism, patriarchy, militarism, size-ism, colorism, religious conflict, and all of the other forms of creating hierarchies out of difference, is my wish for what is labeled today: national coming out day.

It can be a sort of celebration for those who need to unburden and welcome that which they have been pushed to hate in themselves. But beyond that, there is so so so much work to do.  Globally.