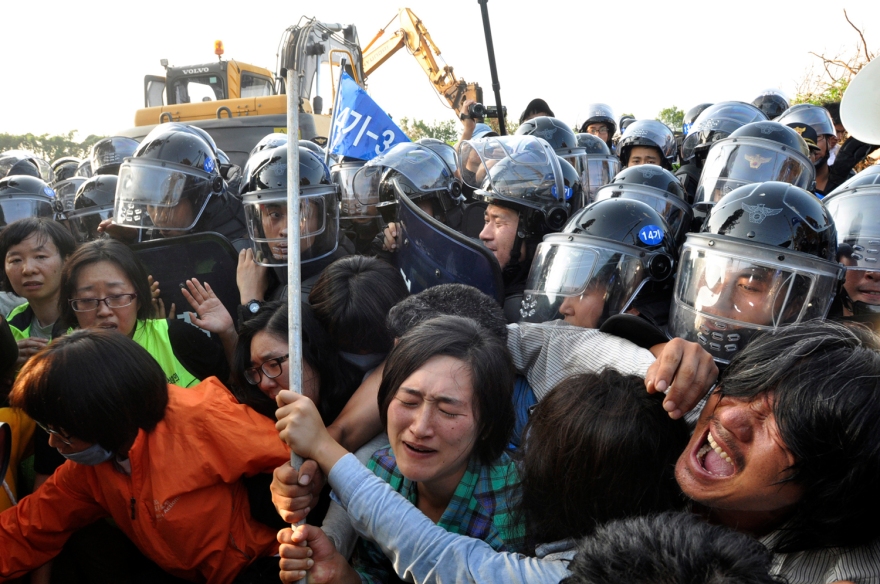 Jeju Do  (Jeju Island) in South Korea, has long been a target of US military control.

The US military continues to jail protests leaders on the island, and practice domination in order to have the naval base built there.  This is part of a Pan-Pacific project, with similar conditions in Okinawa, Guam, and other places in the Pacific.   There has been recent escalations and the US government, along with South Korean authorities, to push forward with the US base project despite widespread protest, and the abuses of power that go with the desire to accomplish this goal.

My father, who served the US military in the Korean War, met my mother shortly after the Korean War. While he was stationed in Korea and Japan in this period, my father was one of the military personnel  protecting Jeju Island and beginning to form relations with the locals for a long term plan, as part of the US occupation plans.

In September of this year, there has been an increased presence of protesters around the world, including the United States, to make visible this reality of the long term goals of the US military in South Korea, at the expense of locals, in the name of a “security.”

See this article at the BBC UK.

Below is a short video of the protest in San Francisco in September: